My blog buddy tadploz introduced me to the music of late Brazilian singer Antonio Carlos Brasileiro de Almeida Jobim AKA Tom Jobim. I love the Brazilian sound and I hope you enjoy it also.

From the Antonio Carlos Jobim page on All Music Guide:

It has been said that Antonio Carlos Brasileiro de Almeida Jobim was the George Gershwin of Brazil--and there is a solid ring of truth in that, for both contributed large bodies of songs to the jazz repertoire, both expanded their reach into the concert hall, and both tend to symbolize their countries in the eyes of the rest of the world. With their gracefully urbane, sensuously aching melodies and harmonies, Jobim's songs gave jazz musicians in the 1960s a quiet, strikingly original alternative to their traditional Tin Pan Alley source.

Jobim's roots were always planted firmly in jazz; the records of Gerry Mulligan, Chet Baker, Barney Kessel and other West Coast jazz musicians made an enormous impact upon him in the 1950s. But he also claimed that the French impressionist composer Claude Debussy had a decisive influence upon his harmonies, and the Brazilian samba gave his music a uniquely exotic rhythmic underpinning. As a pianist, he usually kept things simple and melodically to the point with a touch that reminds some of Claude Thornhill, but some of his records show that he could also stretch out when given room. His guitar was limited mostly to gentle strumming of the syncopated rhythms, and he sang in a modest, slightly hoarse yet often hauntingly emotional manner.

In the calm of prayer, we are immersed in peace.

Another Friday Night in Miami: Is Castro really dead this time?

Today was a grueling day. There were meetings and phone calls and the usual rush to wrap up the week's activities. I've worked until 7:30 a couple of nights so I could hardly wait for the day to end. Then, about ten minutes after four, I hear that Fidel Castro is dead and there were plans for an early shut-down of after-care programs at schools in Hialeah.

If it is true, traffic may be a nightmare. I don't hear anything on local news but supposedly the local police are making plans. The last time such an announcement was made, there were celebrations in the streets of Miami. There are such denials of his death and claims of this as another rumor but dang how long can Fidel live?

Barack Obama is scheduled to speak tomorrow in Miami in an area heavily populated by Cuban exiles. Perhaps the wisdom of his comments will be noted as it is in the best of the U.S. to lessen restrictions on travel and sending money to people on the island. It's best to be ahead and have a plan for when Castro dies.

Personally, I think Castro has been dead since the announcement of his death last year. Could it be that Venezuelan dictator Hugo Chavez has injected himself into the Cuban government to perpetuate communism? Cuba is vulnerable. Unfortunately America's resources are also thin because of the huge number of troops in Iraq.

All is quiet although I think an official announcement will be made tomorrow morning. I just want to get some rest and catch up on responding to my blog comments. Keep an eye on Miami; it's going to be very interesting.

From loving hearts, we contribute to a consciousness of global peace.

Secrets and Lies: PFC LaVena Johnson was RAPED and MURDERED While Serving in Iraq MORE THAN TWO YEARS AGO; Why did the US Army lie about her death?

The post below is an excerpt from i've stopped counting. I am furious upon learning of the death of PFC Lavena Lynn Johnson. Where is the public outrage regarding another incident of violence against women? 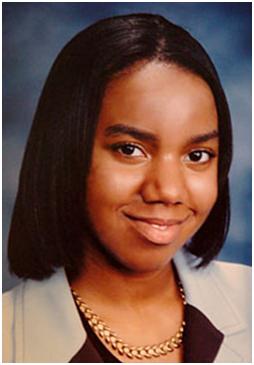 Pictured above is LaVena Johnson, born on July 27, 1985. She grew up with three older brothers and a younger sister, all of whom attended Hazelwood Central High School - 'Home of the Hawks' - in Florissant Missouri, a northern suburb of St. Louis. A "cheerful, honest, and full of life person" who "made an impact on everyone that she came in close contact with," LaVena played the violin, donated blood, and volunteered for American Heart Association walks. For her volunteer work and grades, she "received commendations from members of the Missouri Senate and Congress." She was an honor roll student who earned straight A's her senior year, graduating in 2004 as a "top-notch" student.

Her aspirations didn't vary from that of her three older brothers, who graduated from Central and went on to college. She wanted to travel and go to college, but when her parents told her that they could come up with the money for school, she said, "No, I want to do this on my own."

In the main entrance of her high school is a plaque "in memory of the Hazelwood graduates who died serving their country." I doubt LaVena expected that plaque to also apply to her before her twentieth birthday.

Instead of being a junior in college, or anything else, LaVena now resides in South St. Louis County at Jefferson Barracks National Cemetery. Among over 150,000 others on the 331 acre site, her burial place is marked with a cross and these words:

When her father left the army after three years of service, the army helped pay for some of his college education. And after that, he didn't have to make a down payment on his first home. The recruiting brochure found in LaVena's room said that through the Army, she could "earn $25,000 toward college." And she was told it was 'highly unlikely' she'd end up in Iraq, so it only made sense to join the Army before continuing her education and starting her life. Recruiters got her contact information as part of No Child Left Behind, apparently the only aspect of that law that functions. When her younger sister became a senior, recruiters started calling for her too, despite LaVena already having been killed. Continue reading…

Sometimes I think I must be in The Twilight Zone. How could this have happened to a soldier…an American…a young woman serving in the United States Army? How could she have become a victim at the hands of fellow American soldiers? It is obvious that American military conspired to cover up the truth about this young woman's death. Her death certificate indicated suicide but her body told a tale of violence. How many other soldiers' deaths have been falsified?

Never forget that the military lied about the death of former pro football player Pat Tillman. To have the truth of sexual assault, beating and desecration of the body of an almost 20 year-old female soldier by fellow soldiers would be a public relations nightmare for the United States military, President Bush and the No Child Left Behind Act (NCLB).

Just as the Bay County medical examiner was fired for lying about the death of Martin Lee Anderson at the hands of guards at his juvenile detention center, those involved in this cover-up must be punished also. Let the chips fall where they may.

Don't sleep on this. Don't allow Lavena's death to be in vain. Spread the word about the cover-up of this woman's death and the military's refusal to investigate the death of PFC Lavena Johnson.

An excerpt from a petition for a fair investigation onto the death of PFC Lavena Johnson reads as such.

"…While it is possible to disagree generally over the war in Iraq, we are unified in our respect for the men and women who serve us in dangerous places, and in our concern for the families who give them up in our name. The very least we owe families of the fallen is an honest accounting of how their loved ones died."

Who can argue with that? Please read and sign the petition online, contact your congressman and spread the word about the death of PFC Lavena Johnson.

The Private War of Women Soldiers: Female Vet, Soldier Speak Out on Rising Sexual Assault Within US Military

Father of Mysteriously Murdered US Soldier in Iraq: "Why Cover Up A Crime Like This?" [VIDEO]

Mirror On America: New Developments In The LaVena Johnson Case ...

World peace is becoming a reality --- one heart at a time.

It's been more than a couple of weeks since I've heard anything from Matt over at A Bowl of Stupid. I checked out his space and sure enough he hasn't posted since the end of July. I'm not gonna sweat about it just yet because since he left the legal field and started this incredible journey to some rather amazing countries, I've learned a lot and been treated to his razor-sharp wit. I do hope he's just out-of-pocket right now.

Anyhoo, while checking his most current posts, I got a wake-up call from his particularly poignant post on the oil crisis and the documentary, A Crude Awakening: The Oil Crash. I've posted a trailer of the movie; it's different from the one on Matt's page but please go to A Bowl of Stupid and read Matt's post. Consider yourself warned.

With one voice, we speak and act from the love of God within us.

We are the very love we wish to see in the world.