A Photo that Hillary Clinton Doesn’t Want You to See 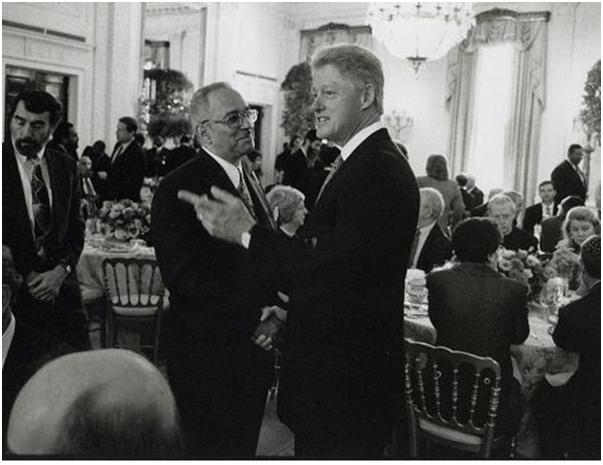 The recent coverage of Rev. Jeremiah Wright has often cast him as a marginal, almost fringe figure, but Trinity Church is a major Chicago institution, and Wright has long been a prominent pastor on the American scene. [More…]

The Truth about Winning the ‘Big States’

It's time to stop Hillary Clinton from continuing to spread misinformation about winning the "Big States" in order to position herself as the frontrunner candidate. Here's an excellent post based on analysis that clearly refutes Clinton's claims.

Please share this information. Link back to this post or copy it and send it to your friends and family. Just get the word out about this and other election issues. Hillary Clinton must be stopped from stealing the presidential election.

Hat tip to JD at Black in Business.

Clinton's "Big State" Theory
Obama Campaigns for All Americans, Not Just Some

In the 2000 election, the one that created the red/blue map, Vice-President Al Gore was officially credited with winning 20 states plus Washington, D.C. Had he captured the electoral votes of even one more state, even one as small as New Hampshire, he would have been sworn in as President instead of George W. Bush.

So it make sense to look at who is winning the "Gore" states, the "blue" states, the states that Democrats carried in 2000, rather than focusing on some new argument about "big" states?
After all, one of the biggest states is Texas, Bush's home base, which Gore never tried to carry. The point is, one key to winning is your ability to carry "blue" states first (plus at least one more!).

Barack Obama has won more "Gore" states so far, by a 2-1 margin.

There are still 3 Gore states to go (plus we could mention Florida, which Gore really won!):
Michigan

Let me make one more point related to this whole Clinton argument about the "big" states—as Bill Clinton himself proved in his 1992 victory, the ability to win a Democratic primary or caucus is not directly correlated to your ability to carry that same state in November.

Guess how many states Bill Clinton won in the fall that he had lost in the Democratic primary and caucus process? I counted 13.

The conclusion is obvious—losing a state in the primary/caucus process to a Democratic opponent does not mean that you cannot win that state in the fall against a Republican opponent. Bill Clinton disproved that theory in 1992—13 times.

Both of the points I made above—that Obama is winning the Gore states, and that losing a state in the Democratic primaries does not prevent you from winning it in the fall against the Republicans—cast further doubt on the Clinton campaign's newly-invented "big state" theory. It may well be true that the Clinton strategy for trying to win the Democratic nomination was based on a group of big states—but that strategy has not only fallen behind the Obama campaign strategy of treating all the states as important, it is not necessary to win in November.

Paid for and maintained by Jesse Jackson, Jr. for Congress 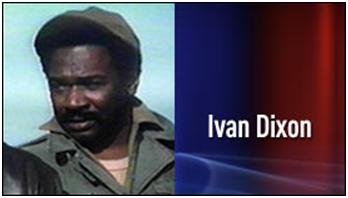 I will always remember him from Hogan's Heroes; younger folks may remember him from the original "Car Wash" with a fabulous ensemble cast including Richard Pryor. My revolutionary brothers and sisters will remember as the director of the screen adaptation of Sam Greenlee's "The Spook Who Sat by the Door". He is Ivan Dixon. Research will speak to perhaps his best known role in the film "Nothing But a Man". I haven't seen the film but I'll try to find it and watch it.

Mr. Dixon transitioned on Sunday in Charlotte, NC as a result of a brain hemorrhage resulting from kidney failure. All praises and thanks for allowing him to share his talents with the Universe. Ashe'. 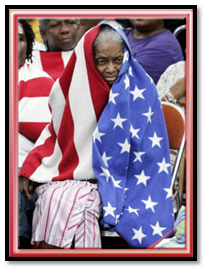 As to be expected, some folks have taken the Rev. Jeremiah Wright and questions of patriotism to divert the attention of the presidential campaign from important issues to those of race. As this occurs and mainstream media seems to join in I can only remember a conversation with a friend early in the presidential campaign who said, "White people are not going to vote for Barack Obama."

This is an open and honest conversation that I had with a friend and I don't mind sharing it with the world. I said, "Barack can win." As I went on to try to justify why America was ready and quite frankly needed a candidate like Barack Obama, he said, "I don't care if he graduated from Harvard, was president of the Harvard Law Review and his mother is white…he is not and white America will not elect him to lead the country; just you wait and see."

I respect this guy. He is older and has lived on several continents. He is black and not a person that espouses racial hatred. I still want to believe that white Americans won't buy into the hatred spin but I remembered his comment that Hillary Clinton and the GOP want to win and they will use whatever they have to do so.

Not naïve on matters of race, I still bet him $50 that young people, blacks and open-minded whites would elect Barack Obama president of these United States. I told him that America would not allow itself to be perceived as racist, prejudiced, un-Democratic, intolerant, etc., etc. He laughed and told me to have his money ready.

Now, there are viral videos surfing the net that continue to focus on the words of Rev. Wright and question Barack Obama's patriotism. We're in the midst of a presidential campaign and quite frankly the general election phase is likely to be even nastier --- anything can happen.

The question remains, can we as Americans, accept our differences in ethnicity, gender, religious beliefs and sexual orientation and unite as Americans? Surely there is agreement that our economy sucks, our people are dying in war, our health care system needs to be fixed, we live under a constant terror threat and our children have fallen behind in the global education system.

It is unfortunate that America has not overcome its racial problem; it may not be overcome for hundreds of years, if ever. We can, however, learn to respect each other as Americans for that may be the only way we all survive.

Hillary’s Junk in the Trunk

This video is from October 2006 but it is still oh so very timely. In this 3D animation, Houston Chronicle cartoonist Nick Anderson takes a look at the "junk" Hillary Clinton brings to a presidential bid. See more at http://blogs.chron.com/nickanderson.

Today Barack Obama tried to put the race issue affecting his campaign in its proper perspective and move on with his presidential campaign. Whether he was successful remains to be seen. One has to wonder if this race issue and incendiary remarks by Rev. Jeremiah Wright will be the excuse that whites use to change their support from Obama to Clinton or McCain. The truth is the more Rev. Jeremiah Wright's comments are public fodder, the more damage control required of the Obama campaign.

As much as Obama's campaign speaks of unity the reality is that we really haven't vetted the race issue in the United States. Barack Obama's perspective as a black or multi-racial person is different from mine. Surely there are similarities but there are differences also.

I can't imagine being a black child growing up in a white household as Obama did. I also can't imagine my mother moving to Indonesia either. Unlike Barack, my family's European lineage is not discussed openly or celebrated; it's not as if we're invited to family reunions with that side of the family.

Black people understand Barack Obama's position and Rev. Wright even if not in agreement. My parents' perspective on race is difference from mine as theirs was different from their parents. With each generation, the perspective of race changes. Let's stop running from the race issue. Let's deal with it and move on as best we can.

Click the link below for the text of Barack Obama's speech.

I seem to be in an Asian mode lately. I couldn't resist this post about The Disabled Peoples Arts troupe; let me know what you think after you watch the video. The troupe is an astounding group of 21 deaf mute young women from China whose repertoire includes "Thousand-Hand Guan-Yin". It is a spectacularly beautiful dance for anyone that is not physically challenged, to know that these young women demonstrate such precision strictly following their teachers who are strategically in the corners of the stage is all the more amazing. I would love to see a live performance of this group. 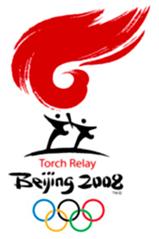 There is truth to the saying that ignorance is bliss. One of the upsides or downsides of this whole internet thing is becoming aware of what's going on in the world. My personal epiphany regarding the 2008 Olympics in China and that country's involvement in related atrocities around the world have literally given me a headache.

I visited the official website of the International Olympic Committee (IOC). The lighting of the Olympic flame in Olympia, Greece is scheduled for March 24. The Olympic Torch Relay is expected to last 130 days. It's not likely the Games will be moved anywhere else with the August 8 start date only months away. It is, however, not too late to boycott the games themselves and reach out to their sponsors.

Get this, the theme of the OTR is "Journey of Harmony" and its slogan "Light the Passion, Share the Dream". Harmony? Dream? What dream? I'm not making this up, folks. I was so outraged when I read that. How insulting!

There's also an OTR website. The information in the box below is taken from the site verbatim. 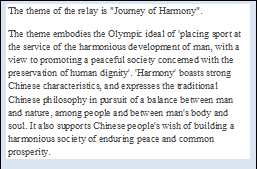 You should know that Coca-Cola, Samsung, Lenovo are listed as partners of the OTR.

Chinese officials have said that a boycott will not be successful and they could be correct. I have not been able to find a real coordinated protest to address this issue. The recent massive protest in Tibet has focused international on the plight of the people there. All of the rights violations must be packaged together and shared with citizens everywhere.

Now is the time to boycott the 2008 Olympics in Beijing

I would be the first to tell you that I really didn't understand the somewhat muffled uproar in the United States over boycotting the Olympic Games this year in China. After reading the comments from Linda and Matt regarding the plight of Tibetan monks and nuns, a little research disclosed a history of pain and strife.

I found much more information on boycotting the Olympics because of Darfur and this post does not suggest that there should be a competition between to the two issues. I submit that the horrors these people are dealing with are unimaginable to us in the United States.

Much, much more needs to be done to publicize what's going on in Tibet and Darfur. China should stop selling weapons to the Sudanese who in turn use those weapons in a massive campaign of genocide leveled against the people of Darfur.

There also needs to be an all out assault on the staging of the 2008 Summer Olympics in China. The president of the IOC (International Olympic Committee), Jacques Rogge, said that protests would only penalize athletes. Is he serious? Why the IOC would choose China as the site for the Olympics is shameful. Mr. Rogge and anyone who participates in the Olympics in China have blood of the people of Darfur and Tibetans on their hands.