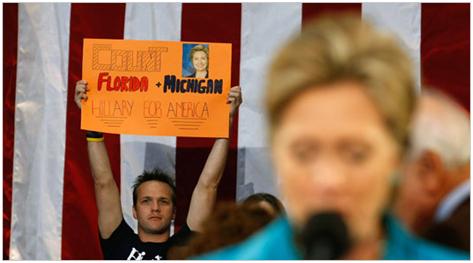 Hillary Clinton supporters have shown how disruptive they will be at the Democratic convention in Denver in August. After listening to the rhetoric and talk about Party unity and it is obvious that unity may not be realized. Oh, well, here we go again.

As a native Floridian and a Democrat, I was embarrassed but not surprised, by the less than mature display of disagreement by the spectators. If this is a signal as to how the Party will function throughout this campaign, someone may as well start engraving John McCain's POTUS credentials right now.

One thing is certain, Hillary Clinton and her supporters may be trying to position her as Obama's VP. That won't work; the divisiveness continues. The threat of taking this fight to the Credentials Committee at the convention, Hillary Clinton is destined to completely destroy her political credibility.

The goal to become the Democratic nominee has moved from 2,026 to 2,078 delegates. Obama now needs 68 delegates to secure the nomination and Clinton needs 241 delegates. Enough said. 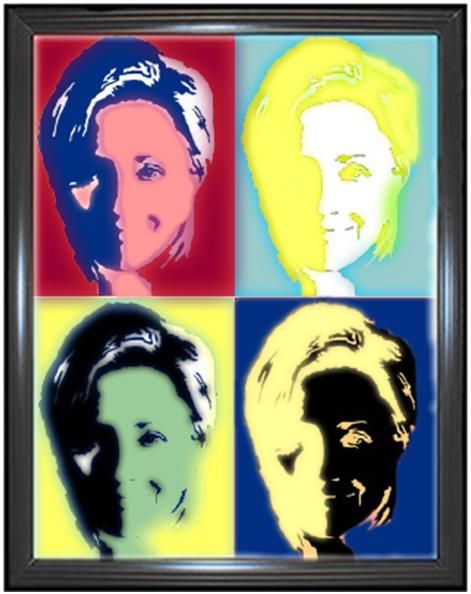 The Democratic Party presidential nomination process will likely come to an end soon with Senator Barack Obama declared the nominee. Senator Clinton will continue to declare herself the more electable Democratic candidate but if not next week when all of the primaries have been held then by the Convention in August, a nominee will be elected. That decision cannot come too soon for me.

I'm all for a campaign but this year has been particularly long and drama-filled. This very controversial and energy-filled election process, there are Clinton supporters/surrogates have gotten on my last good nerve so many times that the mere sight of them on television makes me cringe. These folks read from the play book and drank the same Kool-Aid when it comes to Hillary Clinton's campaign.

It’s Down to the Wire for the Democratic Delegate Decision 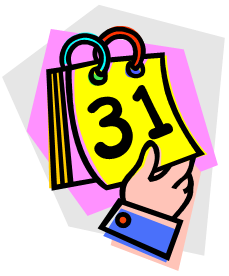 Saturday, May 31, is the day of reckoning on the decision regarding the seating of Democratic delegates from Michigan and Florida. Barack Obama is willing to give Hillary Clinton the lion's share of the delegates but what that final allocation is remains to be seen.

A large part of the resolution of this problem is that Barack Obama's name wasn't included on the ballot in Michigan. Many voters didn't participate in the election because of the penalty already imposed by the DNC.

Now we find ourselves trying to right s wrong that should never have occurred. While Party leaders and elected officials point fingers of blame, the voters in Michigan and Florida still got screwed.

Giving the delegation a half vote for each delegate seems to be the best solution so far. The Clinton Camp must come to some agreement as to the allocation of delegates in Michigan when Obama's name wasn't on the ballot. Prayerfully, cool, logical minds will resolve this issue quickly on Saturday. The Democrats already look pretty bad with the in-fighting.

No doubt Hillary Clinton will get her way again and it still won't matter when all is said and done.

Do Hillary Clinton and her Advisers Really Believe What They Say or Are They Just Trying to Convince the American Voters?

There's an article on the Huffington Post that covers President Bill Clinton's speech to a group in South Dakota. In that speech he refers to the way he sees his wife treated "just for running for president". In another article, the Clinton Camp blames the Obama Camp for fanning the flames of controversy over her RFK assassination remarks.

Do the Clinton folks really believe that or do they just want enough of us to believe it so that it will make a difference in her chances of being selected the Democratic presidential nominee?

Whatever the reason, those are some sick folks. Obama has beaten her hands down. If anything, the MSM has kow-towed to the will of the Clinton political machine but the public is not buying it.

The Clintons are tanking the possibility of any positive legacy they may leave in United States history by showing their true character to the world. Blaming the Obama camp for their mistakes is so weak and transparent. Senator Obama and his camp have been more than kind to Senator Clinton.

In spite of attempts to de-rail his campaign with her kitchen sink strategy that hasn't worked, Hillary Clinton finds herself doing damage-control and playing the victim. Boo-hoo-hoo.

Continue reading "Do Hillary Clinton and her Advisers Really Believe What They Say or Are They Just Trying to Convince the American Voters?" » 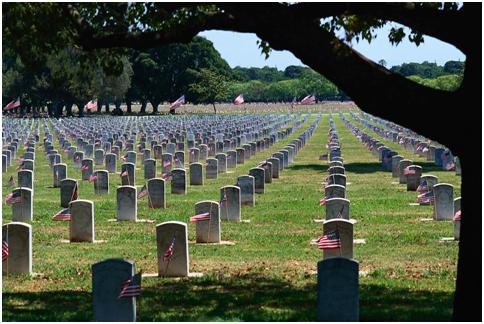 Memorial Day weekend has been filled with laughter, frivolity and generally having a great time for many in Miami. Hundreds of thousands of folks are visiting for Hip-Hop Weekend, thousands returned from a week on the Tom Joyner Morning Show cruise. Life is grand.

But for as much as we have celebrated this weekend, many of us have forgotten the lives lost in service to this country so that we can enjoy our freedom. People in countries who will never step foot in the United States owe their freedom to the men and women in our armed forces.

So, instead of a picnic or barbecue with family and friends, I give thanks to our fallen heroes today and everyday for their ultimate sacrifice. Ashe'

We Are the Ones We've Been Waiting For

I can never see this video too many times. It's message is simple and pure. We are the change we want to see in the world and we can make a difference. We sink or swim together. Vote for change and make a difference.

If I'm ever in a fight I want Keith Olbermann on my side. Day-um, he tore Hillary Clinton a new behind after her insensitive, careless use of the assassination of Senator Bobby Kennedy to make a point about her pointless prolonged presidential campaign. Say that five times very fast.

After watching the Olbermann video and just analyzing her actions and statements, it's still mind-boggling that any sane person would actually support her.

After Olbermann's comments all I can say is …ouch, ouch…double ouch. 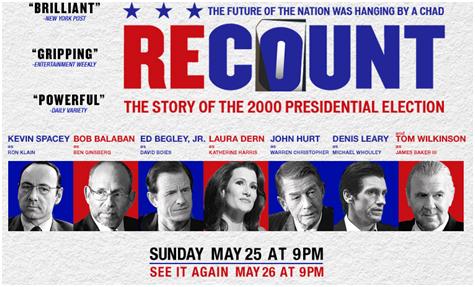 Hillary Clinton lied -- once again -- in her explanation/apology for making the comments about Bobby Kennedy. She didn't make the statement just because she was thinking of Ted Kennedy and his recent crisis; she's made the statement before. Lie...lie...lie! And that's not sexist.

Open mouth and insert foot is what Senator Hilary Clinton did in explaining her rationale for prolonging her campaign by inoking the assassination of Senator Robert F. Kennedy during his presidential campaign in June 1968. What in the world was she thinking?

Granted, the pace of the presidential campaign must be grueling. The added stress of not being the frontrunner and a campaign in financial crisis must have taken their toll on Senator Clinton. Since she insists on staying in the race; she needs to bring her 'A' game and this is not it. Otherwise, she's prolonging the inevitable and causing herself unneccessary mental anguish. As annoying as she has become, I still don't want to see her meltdown; it will not be pretty.

June...August...or whenever, as long as she's not on Obama's ticket, it's all good.