While suturing a cut on the hand of a 75-year-old rancher, whose hand was caught in the gate while working cattle, the doctor struck up a conversation with the old man. Eventually the topic got around to Palin and her bid.

The old rancher said, "Well, ya know, Palin is a 'Post Turtle.'"

Not being familiar with the term, the doctor asked him what a post turtle was.

The old rancher said, "When you're driving down a country road you come across a fence post with a turtle balanced on top, that's a 'post turtle.'"

The old rancher saw the puzzled look on the doctor's face so he continued to explain. "You know she didn't get up there by herself, she doesn't belong up there, and she doesn't know what to do while she's up there, and you just wonder what kind of dummy put her up there to begin with."

It seems a deal has been reached on an economic bailout plan for Wall Street. I suppose I should be excited but I'm not. What are the specifics of the plan? How and when will the American people benefit from it?

I am pleased that there will be a limit to the compensation CEOs will receive but what is that limit?

Call me jaded but I'm just not feeling this recovery…welfare plan.

I'm still open to learn what staffers present as the bailout plan but I tell you, the American public needs to hold the politicians and oversight groups responsible and accountable. 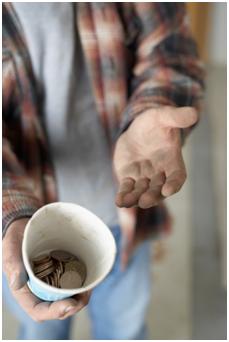 The last couple of days have seemed like an episode of The Twilight Zone. The United States' economy is on the brink of collapse and the presidential election has become a carnival rather than the serious contest that it actually is.

Washington Mutual, one of the largest banks in my home state, Florida was seized by the government and portions were purchased by J.P. Morgan Chase. All of this because of a mortgage crisis?

Somewhere, some folks weren't doing their job in order for all of this to happen. Our lending institutions should have checks and balances --- controls --- in place to prevent this kind of stuff from happening. Finger pointing at Wall Street and the banks doesn't quite get it. There are a lot of people responsible for this. The situation we find ourselves in is what happens when oversight and rules are not followed. Rules, regulations and benchmarks are a good thing.

I know of several people who jumped at the opportunity to purchase a home. These folks thought they could afford the home and while there was an attempt to have them slow down and think about what they should consider in making the purchase, their realtor and the bank encouraged them to buy.

While all of these things happened, the heads of investment banks and fragile corporations continue to collect their obscene pay. The lending institutions that are in trouble and seeking welfare from the government are not willing to forgo the obscene pay for their corporate leaders.

That's just too bad. Far too many individuals in this country are suffering because these trusted institutions ripped them off. Who's bailing them out? These folks got eviction notices and a kick to the curb.

It's time to put our economy back in balance. Some sort of welfare bailout may be necessary but the agreement cannot include pay to CEOs of affected lending institutions in such obscene amounts. Just say no to corporate greed.

While I'm waiting for our President to finish talking about the nation's economic "rescue plan," I thought I'd check out the video of Chris Rock's recent visit to The David Letterman Show. I don't think Chris Rock has been this funny since Bring the Pain. He was hilarious and, quite frankly, the current political season has given comedians a lot of material to work with.

Hillary lost; it's time to get over it. This bitterness, regardless of attempts to conceal it, is not a good look. Really.

Biden Says McCain is Not the One

I could hardly believe it when I heard that Senator John McCain was suspending his presidential campaign to work on the nation's economy and that he asked Senator Barack Obama to do the same. Excuse me? This from the man who basically dared Obama to debate him a few months ago and chide Obama for not agreeing to the debate schedule he recommended? Give me a break.

McCain even wants to cancel the first debate scheduled for Friday. I like what Senator Obama said in response. I do hope Obama refrains from offering that olive branch to McCain again. Try as they like, the McCain campaign cannot effectively spin this to his favor.

The political pundits can analyze the positives and negatives to both the Obama and the McCain campaigns but the average American voter, and that's who really counts, will view McCain as running away from a fight. Some maverick McCain is.

McCain is in a precarious situation. If he makes the wrong decision it could cost him votes of supporters and push undecided voters over to Obama.

Rather than looking like a leader; he just looks afraid to take on Obama. Let's see what happens over the next couple of days but I think McCain will show up for the debate. He wouldn't dare allow Obama to be in the position to use the plethora of one-liners regarding his absence. McCain also shouldn't want to tick all those folks at Ole Miss who have been preparing for the debate.

The political stakes couldn't be higher. Which candidate has the edge; who's running behind? What is he thinking... about everything? Bill Clinton also discusses the Clinton Global Initiative -- a non-partisan movement that focuses on serious issues affecting the world today.

I can hardly wait to see Bill Clinton on Larry King Live tonight on CNN. In my opinion, it's obvious that the Clintons are still smarting from the defeat during primaries but they are willing to put forth some effort to support Barack Obama's candidacy for POTUS.

Will Larry King make Bill Clinton squirm the way those women on The View did? Clinton was uncomfortable when asked about Hillary and the vice-presidency.

From other interviews, I've heard Clinton say he thinks Obama will win. I'm happy to hear that but that also puts more fear in the hearts of the Republican Party which means they will resort to other tactics to win this election.

Regardless of philosophical or political differences, this interview with Bill Clinton will be watched by many. His opinion is still valued and he's wise enough to do what's necessary to protect the Clinton legacy.

Check out the show tonight and let me know what you think.

No Match No Vote Law Controversy in Key States 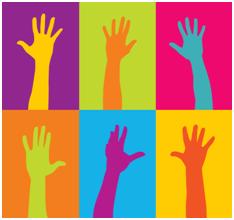 Supposedly, in an attempt to fight voter fraud, four states: Florida, South Dakota, Louisiana and Iowa will enforce a "No Match, No Vote" law. What that means in a nutshell is if information doesn't match between a voter identification card and a person's driver's license or Social Security card, that person will be ineligible to vote in the Nov. 4 general election.

Now that may not seem like a bad thing but let's put it in perspective. In Florida, this "No Match, No Vote" provision was enacted in 2006. Why wait until this historical general election to actually enforce it? Millions more Americans than usual will likely participate in the 2008 general election. Shortly before the voting records are closed in October, this is put in place? Not a wise move.

But then perhaps it's not if one want s to disenfranchise voters who are likely to vote Democratic this year.

And why would I make should a statement? Well, quite simply, the burden of proof of eligibility is left up to the voter. That's still not a problem either until one realizes that the elections supervisor of each county in this nation should notify the effected voter prior to the vote taking place to give the voter sufficient time to have any errors corrected. Elections supervisors and their staffs are far too busy to do that.

What's likely to happen is that voters will find out when they try to vote. A voter whose status is questioned will be given a provisional ballot, allowed to vote and then two days to prove eligibility. If I'm a voter who has a job that can't be missed for two days or I'm poor and can't afford the transportation costs and other incidentals, do you really think I'll follow-through on proving eligibility? I don't think so.

Thus, may be the outcome of thousands of votes throughout the country. No match, no vote is no good. Check with your elections department now to confirm your eligibility and avoid Election Day drama.

Barack Obama’s Blueprint for Change on the Economy

Here is a video highlighting presidential candidate Barack Obama's plan for change on the American economy. Details of the plan are on his campaign website at www.barackobama.com/issues.

The economy has become even more important with the recent bailout provided to the banking and lending industry. So, why is it that I can't just get a bailout on my personal debt? Anyhoo, check out the video.

For folks who say that Obama hasn't been specific, you can send them a link to the video or you can just keep it moving; those folks just don't want to vote for Barack Obama.

Disgraced former Detroit Mayor Kwame Kilpatrick went on vacation with his wife and children. Ken Cockrel, Kilpatrick's replacement named James Barren the new police chief and is attempting to put the City back on track.

It's up to the people of Detroit to help turn the city around and not depend on the city government alone for its direction.