Mr. Burris Goes to Washington and Finally Gets a Senate Seat

Roland Burris was finally sworn-in yesterday. In an almost anti-climactic moment, he took the oath administered by Vice-President Cheney in the Senate Chamber.

Burris meets all of the legal and technical qualifications to be seated and represent the people of the great state of Illinois. He has endured a welcoming to the Senate that no one should be subjected to.

When all is said and done, no matter the repetition of the distancing of Burris' appointment from the shenanigans of Gov. Rod Blagojevich, the situation still stinks. Senator Burris was well aware that he would become a pawn in the Blagojevich chess match and was willing to take the grilling and public embarrassment to become Senator. God bless him and I sincerely wish him the best.

Blagojevich knew that the sight of turning away the man who would be the only black representative in the Senate would be too much for the Democrats to stomach because of the racial symbolism, and they caved. It's not known if Gov. Blagojevich ordered in that rain but the sight of Burris being turned away in the rain was shocking.

In the end, Blagojevich and Burris both got what they wanted…by any means necessary.

You know, amidst the almost overwhelming excitement of the transition to new leadership in the United States, I must admit that I will miss President Bush. Yeah, I really will. Unfortunately, for him as a human being and his family, the Bush II tenure as POTUS will not characterize him positively.

Bush is largely perceived by the masses as fodder for comedic material. From his mispronunciations, sometimes-incoherent statements, lies (Mission Accomplished, WMDs,etc.) and that lasting image of him ducking those shoes, one has to feel a tinge of empathy for the guy.

You know, President Bush is like any celebrity we think we know but don’t really. We know them from the media and sometimes the media is not kind. We don’t know the human side of George W. Bush. Surely, some of the ribbing he’s taken has been hurtful. The conversations with family and friends attempting to justify his actions and decisions must have been stressful. I really feel sorry for the guy and his family. And then he made that Palinesque farewell presidential address he gave the other night.

He should be on a farewell apology tour to the American public rather than trying to blame everyone else but himself. His eight years as POTUS were disastrous and we’ve not yet realized the depths of the damage.

Regardless of the books written by Karl Rove and others, the tremendous loss of American lives at home and abroad, almost total collapse of the American economy and legendary slow response to the destruction by Hurricane Katrina will forever taint/paint the legacy of Bush II. 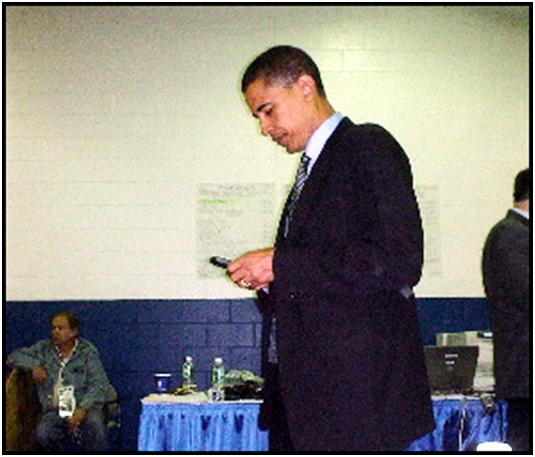 It seems that in a few more days, President-elect Barack Obama will have to give up his trusty BlackBerry for a humongous Windows-based gadget. While the folks at RIM (Research in Motion) are happy for the free publicity that Obama has provided their company through his chronicled obsession for their product, quite frankly, they'd be pleased if he actually stopped using it now.

Why? Well, quite simply, their system becomes the target of hackers from other countries. Who wants their security system constantly under attack, right?

Anyhoo, it seems that all the Obama-BlackBerry coverage has been valued at $50-$100 MM. The Obama effect on merchandise sales has totally eclipsed the madness of an Oprah endorsement. Ben's Chili Bowl probably can't keep enough chili and hot dogs. It's incredible. 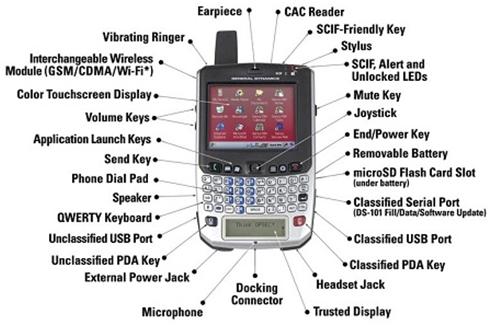 It's official, U.S. Congressman Kendrick B. Meek has announced his candidacy for the Senate seat to be vacated by retiring Florida Senator Mel Martinez in 2010. If elected, Meek would become the first black senator to represent Florida.

It's reported that Meek has hired a former Barack Obama strategist.

As quietly as it has been kept, former Florida Governor Jeb Bush decided NOT to run for the Florida Senate seat to be vacated by Mel Martinez in 2010. While Jeb cited personal reasons for choosing not to run, political observers have cited the significant damage to the Bush brand as evidenced by George W’s extremely low approval rating.

Jeb’s decision leaves the Republican Florida Senate race wide open for both Republicans and Democrats. Jeb was considered a formidable opponent until reality set in. Some potential candidates have clearly breathed a sigh of relief.

My money is on a future presidential race for Jeb Bush. After eight years of an Obama administration, he may just jump in and run for the presidency.

Is Sarah Palin Serious? Blaming the media is not a good idea.

This Sarah Palin interview is nowhere nearly as bad as the Katie Couric interview or that horrible slaughter of that turkey but did it help Palin politically? Sometimes it’s best to let sleeping dogs lie.

Surely, she wants to maintain a media presence but like this? I don’t think so. She blames others for her campaign failure rather than accept her contribution to that election result.

As expected, Illinois Governor Rod Blagojevich continued to make a public spectacle of himself and add to the annals of embarrassing moments in American politics after his impeachment by the Illinois House. Mixing bad dinner theater and politics in another press conference, Gov. Blago is nothing if not entertaining.

I never heard of Uncle Jay until a friend shared this video. Uncle Jay has a series of videos similar to this one.

New Mexico Governor Bill Richardson has backed out of the nomination as Secretary of Commerce because of an ongoing federal investigation into a California company that won municipal bond business in New Mexico after contributing money to Richardson's causes.

It's such a shame but the investigation truly would have been a distraction for the "no-drama" Obama administration. Prayerfully, this situation will all work out to his satisfaction but it is what it is.

I am glad that 2008 is over and we can start 2009 fresh and new. Here are my resolutions for the New Year. I've only included three because that's a manageable number I can cope with. I'll let you know how it goes throughout the year.

Let's pray for wisdom, protection and guidance for President-elect Obama as he assumes leadership of this nation during one of its most fragile periods in history. 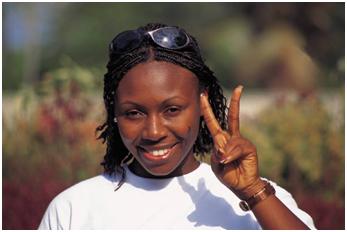