Tancredo Does It Again and The Truth About La Raza

Former Colorado U.S. Congressman Tom Tancredo ignited controversy here in Miami almost three years ago with his characterization of the area as a third world country. He made other statements that were far from complimentary and let's just say things got ugly. He's now surpassed that deed bycalling Supreme Court nominee Sonia Sotomayor a racist because she is a member of the Latino civil rights organization, La Raza. He went on to equate La Raza to the "KKK without the hoods or the nooses."

La Raza chief Janet Murguia disputed Tancredo's description of the organization and refuted his translation of the group's name and motto among other things.

The Translation of Our Name: National Council of La Raza

Many people incorrectly translate our name, "La Raza," as "the race." While it is true that one meaning of "raza" in Spanish is indeed "race," in Spanish, as in English and any other language, words can and do have multiple meanings. As noted in several online dictionaries, "La Raza" means "the people" or "the community." Translating our name as "the race" is not only inaccurate, it is factually incorrect. "Hispanic" is an ethnicity, not a race. As anyone who has ever met a Dominican American, Mexican American, or Spanish American can attest, Hispanics can be and are members of any and all races.

The term "La Raza" has its origins in early 20th century Latin American literature and translates into English most closely as "the people" or, according to some scholars, as "the Hispanic people of the New World." The term was coined by Mexican scholar José Vasconcelos to reflect the fact that the people of Latin America are a mixture of many of the world's races, cultures, and religions. Mistranslating "La Raza" to mean "the race" implies that it is a term meant to exclude others. In fact, the full term coined by Vasconcelos, "La Raza Cósmica," meaning the "cosmic people," was developed to reflect not purity but the mixture inherent in the Hispanic people. This is an inclusive concept, meaning that Hispanics share with all other peoples of the world a common heritage and destiny.

Tom Delay adds to the mayhem and foolishness and injects the name of LULAC. Hmmm... 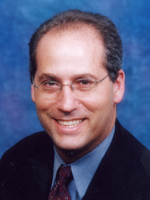 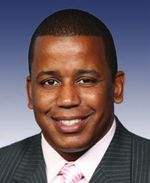 State Senator Dan Gelber announced he is dropping out of the Florida U.S. Senate race. He leaves Kevin Burns in the race with clear frontrunner Kendrick Meek. Gelber will enter the race for attorney general which is probably a wise move. Current attorney general Bill McCollum vacates the seat to seek the Republican nomination for governor of Florida. It's time for musical chairs in Florida politics, folks.

Meek will likely face current Florida governor Charlie Crist in the Senate race. It will be quite interesting. Meek has raised more than a million dollars and has a strong political machine behind him. Crist is immensely popular but has ticked off the more conservative base in the GOP and has Miami's Marco Rubio chomping at his heels.

Pundits predict Rubio to go the way of Gelber and switch to another race. Can you say Lt. Governor Rubio? Seems like a wise move for Bill McCollum to add Rubio the ticket to garner the Hispanic vote. Stay tuned.

It's not a surprise that a few vocal Republicans have already gone on the attack questioning Sotomayor's intellectual capacity. Give me a break. Is that the best they can come up with? She's a liberal...she's an activist. Is she a socialist also?

Conventional wisdom dictates the Republicans will soon quiet the vocal Party minority that continues to weaken the Party as a whole. This Party of No stuff is really getting old and boring.

While I Was Sleeping: Kris Allen Won American Idol?

What in the world happened last night? I intentionally missed the American Idol finale last night but I hadn't planned on sleeping through the evening. It was a foregone conclusion that Adam Lambert would be crowned winner so watching the show wasn't a big concern for me. I can’t say that I’ve paid very much attention to American Idol since Fantasia won but the finale is usually a great show.

Anyhoo, I was able to keep up with American Idol via highlights from my local FOX affiliate, WSVN-7. Lambert has an over the top style while Allen is understated.  I did like that other guy better. I think his name is Danny Gokey or something like that.

Lambert’s Goth-rock style complete with jet black eyeliner and big voice obviously didn’t cut it with the majority of the American Idol voters but don’t feel sorry for Adam Lambert; he and his big voice will do just fine.

I missed all of last night's performances and I usually like the guest performers. Oh, well; there’s always next year.

"Power in defense of freedom is greater than power in behalf of tyranny and oppression, because power, real power, comes from our conviction which produces action, uncompromising action." ~ Malcolm X 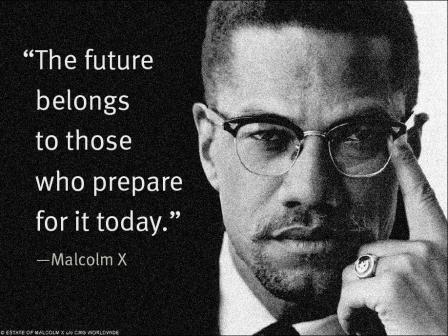 Today is the anniversary of the birth of El-Hajj Malik El-Shabazz AKA Malcolm X AKA Malcolm Little. Had he lived, he would have been 84 years old.

Often misunderstood, Brother Malcolm was one of the most prolific leaders of our time. He came into his own beliefs about people and religion and paid the ultimate price. Brother Malcolm is not given the respect and recognition he deserves. He is most often characterized by his once separatist views but Brother Malcolm grew beyond that.

Get to know Brother Malcolm by checking out the links below and spread the word of the true story of Malcolm X.

The Autobiography of Malcolm X

This is my favorite scene from the Spike Lee movie, X, starring Denzel Washington. It is as powerful today as it was when I saw in a crowded movie theater almost 17 years ago.

Former Vice President Dick Cheney continues his attacks on and criticism of President Obama in spite of obvious damage to the Republican Party brand. Cheney’s motives appear selfish. Cheney has indicated that he is not interested in the presidency but his actions seem to be a campaign appealing to the more conservative party base.

He does have the right to express his opinion and that was okay the first one...two...three times he was on the talk show interview circuit but enough already. Former President George W. Bush has faded in the background for whatever reason. It would behoove  the Former Vice President to do the same. Soon. Please.

Florida Politics is Heating Up

Fellow Republican Marco Rubio, the only other Republican candidate in the U.S. Senate race, has criticized Crist's moderate views and early endorsements by Party brass thus far. Crist is the perceived frontrunner but you never know what may happen in politics. Expect a spirited race with Democrats Kendrick Meek, Dan Gelber and Kevin Burns who've already begun campaigning. 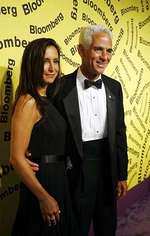 Florida Gov. Charlie Crist must make good on a promise to announce his decision on running for the U.S. Senate. He promised to wait to make the announcement after this year's Legislative Session. Well, after an extended Session that resulted in few moments of delight; the time is now.

You may recall Gov. Crist on the short list for VP for John McCain. One criticism was his bachelor status; well, he's married now. Crist definitely has that Kennedy charisma that the GOP desperately needs and can easily be seen as the top of the GOP's presidential ticket in the near future --- maybe 2012 or better yet, 2016.

Well, the speculation should end this week --- perhaps as early as tomorrow. If Crist decides to get in the Senate race, some already announced candidates would likely resign from the race. Only time will tell. It would also open up an interesting race for the Governor's seat.

President Obama proved that he has a future in comedy when this presidential thing is over. Forget constitutional law, Ivy League academia and politics; he could easily replace Letterman, Leno, Conan, etc.

The excitement brought to American politics by President Barack Obama continued at the White House Correspondents Dinner Saturday night. There may have been more celebrities in attendance than there were journalists and politicos but President Obama has attained super rock star status. It is what it is.

Much discussion of the evening will probably address the president's comedic style. President Obama's jokes were very good. He's very much reminiscent of late night talk show legend Johnny Carson in his delivery.

On the other hand comedian Wanda Sykes was brutal and, in some cases, brutally honest. Too much so for some people. She ragged on just about everyone in a powerful American political position. Her kidney failure comment about Rush Limbaugh and abstinence comment about Sarah Palin may have crossed the line. What do you think?