Jenny Sanford Not Standing By Her Man…Sort of 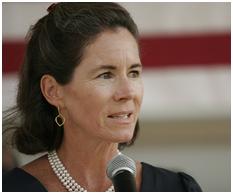 South Carolina First Lady Jenny Sanford is not standing by her man; at least not publicly. While a weirdly sad Gov. Mark Sanford confessed and apologized for his indiscretions with a woman from Brazil, his wife Jenny was nowhere to be seen. Thank God.

It's about time betrayed wives showed some intestinal fortitude and did not subject themselves to the humiliation of public display during their husband's mea culpa. That's not to say they shouldn't try to work with their spouse to salvage the marriage but there is really little to be gained by the woman's public subjugation and humiliation.

By all accounts, Jenny Sanford is an intelligent woman. For whatever reason, she wants to reconcile with her husband Mark although he went to see his mistress in spite of his wife's request he not do so.

Gov. Sanford's disappearance, reappearance, confession, and apology tour have already received way too much media coverage. The governor has to deal with his wife, children, and the voters of South Carolina to resolve this matter. Speaking of the voters, Gov. Sanford also admitted to using taxpayer funds to finance his trip to see his mistress. Can this situation possibly get any worse for him? Yes, it can but he's not budging --- yet.

Gov. Sanford has resumed his duties as the leader of his state and by his actions doesn't plan to resign. This story continues as the calls for his resignation increase.

Oh yeah, does anyone wonder who sent the governor's personal e-mails to the media? I certainly do.

Michael Jackson has transitioned from this world to the next. It was difficult to accept the inevitable when hearing rumors of his death and then the confirmation of those rumors.

His death was the lead story on all the major news networks and the subject of blog posts. Celebrities and random fans were interviewed. His videos were broadcast on several channels. It was surreal.

Michael Jackson was pronounced dead at 2:26 pm, Thursday, June 25, 2009. This is Day One after his passing. It's still very sad. Michael's death is such a universal loss. I couldn't relate to the loss some folks said they experienced when Elvis Pressley died but now I can.

My memories of Michael Jackson begin with the first performance of The Jackson 5 on the Ed Sullivan Show. It was obvious then that Michael was a star.

The controversy later in his life did not diminish his remarkable talent. Michael Jackson was an entertainer. He passed just months away from his 51st birthday and had been performing since he was four. Wow.

Michael Jackson is frequently described as child-like but his maturation is obvious in his songs and videos. Check out Black or White, Man in the Mirror, Remember the Time or In the Closet. His body of work is so extensive that he will live on through his music, songs, movies and videos.

Let's pray for Michael's family and that his soul is at peace. Ashe'.

Today is Juneteenth. The Republican Party of Florida sent out the message below regarding the celebration:

Republicans Herald "Juneteenth" And The End Of Slavery

"'Juneteenth' is a celebration of the day when the last remaining slaves received word that President Lincoln had signed the Emancipation Proclamation, resulting in their freedom. As the Party of Abraham Lincoln, the Republican Party of Florida is built on the foundation of freedom, and this principle is as important to us today it was so many years ago, when President Lincoln helped to found the Republican Party as the anti-slavery party," said Representative Carroll. "Over 140 years, we have championed these convictions. From the Civil Rights laws of the 1860s to the landmark 1954 decision in Brown vs. the Board of Education, which called for the end of segregation in public schools, the Republican Party has always been an advocate for civil rights."

"Republicans are still spearheading reform today, including efforts to increase access to homeownership among African Americans, provide quality education for all children, and ensure strong support for small businesses. We are proud to share the same core beliefs of lower taxes, less government, and more freedom as many African American families, and this is why we will continue to fight for the African American vote," said Chairman Greer.

That is a very nice message but what does it really mean when leading Republicans such as Rush Limbaugh continue to spew hatred and treason in this country? And what does it mean when GOP activists such as Rusty DePass feel comfortable openly insulting first Lady Michelle Obama?
Is the GOP finally getting it? Rep. Jennifer Carroll, my sorority sister, is a very attractive black woman. Is she the face the GOP want us to envision instead of Rush? There's a lot more work to do to overcome the damage some Republicans have done. I guess this is a move in the right direction for Florida but action speaks louder than words.

Free Lee, Ling and Other Journalists 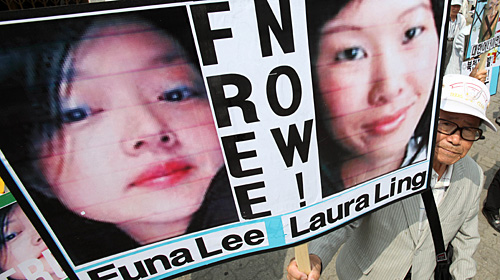 American journalists Euna Leeand Laura Ling have been imprisoned for almost three months in North Korea. They were sentenced to 12 years hard labor for “grave” crimes against the North Korean government and other unspecified acts.

Allegedly, these two journalists crossed the border into North Korea. They were detained. Do we really know they violated that North Korean law or are we to just accept the word of the North Korean government? I don't think so. The trial of both women was closed to the public so there is little to know about the legal proceedings they were subjected to.

Journalism can be dangerous.

It is likely these women are pawns in Kim’s strategy to name his son Kim Jong Un the next leader of North Korea when Il steps down. Kim Jong Il is creating drama with his unsanctioned nuclear missile testing and now the harsh sentencing of Lee and Ling. North Korean labor camps are infamous for life-threatening conditions.

I could go on and on about the important contribution journalists have made in exposing injustice in this country and others. Some journalists have lost lives and property while keeping us informed.

Even if Euna Lee and Lisa Ling really did cross the North Korean border, how can anyone think a 12 year sentence could be justified?

Sign the petition to free Lee and Ling but do not forget the other journalists suffering in prisons around the world.

I love this video and song. I know that this was centered on the 2008 presidential election but the message is still fabulous. Enjoy. 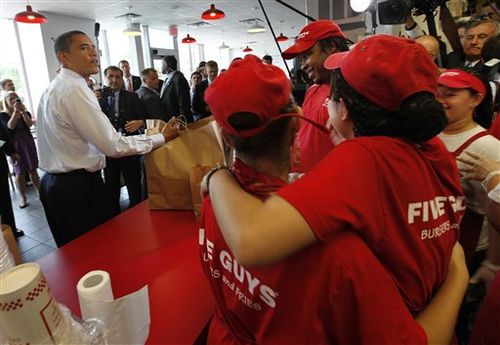