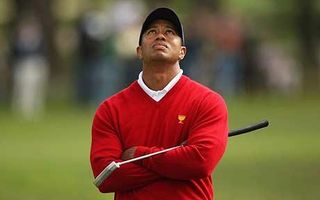 The truth about Tiger Woods’ early morning automobile crash is still elusive as public curiosity escalates. It seems that Tiger Woods and his team (including his wife) are set on keeping the real story about his accident private. Unfortunately, that’s not the reality when you are a public figure.

Inarguably, the circumstances surrounding this incident are questionable at best. Woods’ rumored infidelity with Rachel Uchitel and the expected confirmation and denial by those involved add fuel to the gossip fire.

Tiger Woods is one of those squeaky-clean celebs that one does not expect to hear anything negative about. He has managed to avoid that spotlight until now. No matter what is known publicly and the speculation by insiders, Woods, and his wife know what happened. Once the incident occurred outside their home and public property damage resulted, that was all she wrote, the media would certainly grab it and yeast it up as if it was a major international incident.

If Woods wanted to do damage control, he should have spoken to the public on Saturday instead of allowing Paris Hilton, TMZ and media outlets to make this situation a major story. Now that Tiger has refused to meet with police a third time, it really doesn’t look good for him in his desire for privacy.

Could Tiger have had an affair? Sure, he’s no different from anyone else. His celebrity status makes him even more desirable and folks don’t care that he’s married with children. If we just think about our lives and people that we know, it’s easy to imagine the challenges Woods and his wife have to endure. I see how women push up on men without Woods' wealth and status; his marriage has to be super strong to last.

Then there is the business aspect to this situation. Tiger has made gazillions from endorsements. In addition to his supernatural golfing talent, there’s his image --- and it’s not of a philanderer. Sponsors will drop him like a hot potato is his image is tainted. Ask Kobe Bryant.

My unsolicited advice to Tiger: come clean and do it now. While you may want to control this situation, you can’t. Talking now is much better than feeding the media frenzy later. 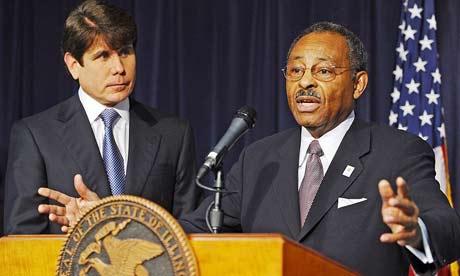 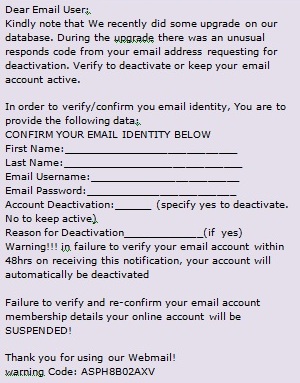 Be very careful if you receive this e-mail message and don't disclose any personal information. We are fast approaching the holiday season and the crooks willbe out in force soon. Be careful on the internet and in person. Just be careful.

This is a really cool experiment set in Odenplan, Stockholm. How do you think people would react in let’s say…New York City? Are folks in the U.S. too jaded to see the fun in simple things like walking?

Today’s posts from most bloggers throughout the United States will likely be about the passage of the health care reform bill in the U.S. House of Representatives. I’d planned to write about that also and then I opened an e-mail about the kidnapping and assault of a blogger, Yoani Sánchez, in Cuba.

Sanchez, a brilliant and well-educated woman, is a thorn in the side of the Cuban government. She received tremendous media coverage recently as she and a friend were abducted and assaulted. Of course, Sanchez took to the blogosphere after the horrendous encounter.

Yoani Sánchez is also incredibly courageous. Here, in the United States, many of us probably take for granted access to the many methods of communicating with others and also the right to free speech we so quickly choose to use when we are angry about an issue or situation.

Check out her blog, Generacion Y, and her network of fellow bloggers in Cuba. Those folks go through a whole lot of trouble just to have access to the internet and share their opinion with others.

It is more than a stretch to proclaim the Democrats’ health care bill a greater threat to Americans than terrorists. Has it gotten that bad for the GOP that injecting such fear is perceived as a viable means of persuading the public to support opposition to the Dems' bill? This is a new low in partisan politics. 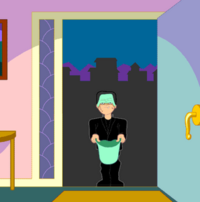 Saturday night was Halloween. In my neighborhood, Halloween has become much like any other night because kids don’t Trick or Treat door-to-door anymore. Schools have Halloween activities, there’s trick or treating at the malls and some churches have non-traditional celebrations.

I typically prepare for at least one child to stop by; I have bought treats every year --- except this year. For the last four or five years, not one kid has come by --- not one. It’s not as if children passed my home; they were nowhere to be seen. Not passing by...not even a kid in a costume in a car that drove by. Nothing. Nada.

So, tell me why a young boy, no more than nine years old, rang our doorbell at 10:38 at night. No one comes by that time of night unless they’re expected or it’s someone with bad news. So the first reaction was alarm.

After opening the door, I saw a young man with a Halloween bag. He was a nice looking young boy but I was not about to open the requisite metal security door that separated us. I told him that I was sorry but we didn’t have any candy this year because no one has stopped by in recent years. I then asked him if he was alone and why he was out so late.

He said he was alone but never answered the second question. I checked the surroundings as much as I could because I was not about to get bum-rushed in my own home. He said, “Don’t you remember me, I used to visit next door?” I didn’t remember him but he could have been telling the truth. I asked him if he was afraid to be out alone at this time of night and he said no that he walks this way to school.

I apologized again for not having any treats for him and told him to go straight home because it was too late for him to be in the streets, especially alone. He said yes ma’am and went on his way. I watched him walk down the street until he turned the corner out of my line of vision.

Then I wondered for the rest of the night who would allow their precious child to be out like that. I was so concerned about him that I looked for him after I got home from work today. I didn’t see him anywhere. Then my folks returned from a homeowners meeting and told me about a gang in the neighborhood.

Kids from another part of town, who live in a nearby group home, have started a gang that terrorizes neighbors, especially other young kids. They break into cars. They also send a young kid to scope out homes so they can go back later and burglarize the place.

Now you know, I am cautious but I refuse to live in fear. I also believe in having 9-1-1 on speed dial and defending my family and myself by any means necessary. I wonder if little man was a member of the gang and tried to get into our home to scope it out. I wonder if he was a kid whose parents were at work and didn’t know he was trolling the streets so late at night. I wonder.

Well, I’m still going to be on the lookout for little man as I ride through the neighborhood. If I see him, I’ll let him know that I am concerned about him and wanted to make sure he was safe. Then I’ll go on my merry way but don’t get it twisted; if little man turns out to be in the gang and tries anything, I got the right to go Bernie Mac on him and his friends. Believe that.