Living Within Our Means 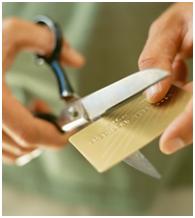 When I was small child, thought too young to pay attention to grown folks' conversation, I recall older folks talking about the sins of buying things on credit. Yeah, neither a borrower nor a lender be. Who knew a line from Shakespeare's Hamlet would be so profound?

Lenders have tightened the rules on loaning money thus forcing Americans to live within their means. The years of greed are gone for most of us and the bloodletting hasn't ceased.

When all is said and done, we must and will overcome this fiscal challenge the same way we've done in the past. No time for whining. We just have to do what we have to do. Changing our lifestyle won't be easy but it is necessary.

n the heels of the lightly attended over-hyped "Tea Party Convention" in Nashville, progressives are preparing to respond with a movement of their own. The "Brownbaggers" will be showing up in front of Congressional offices to demand "healthcare not warfare."

According to a press release from AfterDowningStreet.org: "On February 17th, Progressive Democrats of America (PDA) will be joined by CODEPINK, AfterDowningStreet, Democrats.com, the California Nurses Assn./National Nurses United, and United for Peace and Justice in holding brownbag vigils outside (or inside) at least 36 Congress members' offices.

Brownbaggers are demanding commitments to vote against more money for war. Slogans on their posters include: "Healthcare NOT Warfare," "Corporations out of Politics," "Bailout Main Street not Wall Street" and "Brownbaggers not Teabaggers."

PDA Executive Director Tim Carpenter said, "We have to choose between jobs and wars. The American people are on one side, but our so-called representatives in Congress are on the other. The Supreme Court is busy increasing corporate control of our elected officials. We need to be busy enforcing the people's control before it is too late."

Carpenter was, of course, referring to the recent Supreme Court decision that allows corporations to pour unlimited resources into elections. The decision has caused a firestorm in political circles. For the first time corporations are getting constitutional protections previously reserved for individuals. The result further solidifies corporate control of the political process.

While many on the right, including Teabaggers, are alarmed by the decision, the Supreme Court's right-wing justices made the move following pressure from conservatives who have always represented corporate interests. While many on the left are calling for action to reverse the decision, the Brownbaggers may be the first step towards building a movement that counters the right-wing's successful campaign to change the political dialogue in the country.

Following the election of Barack Obama, many progressives were driven into a false sense of security. They felt that the country had moved left of center, and they could sit back and watch the Obama administration deliver on their agenda.

The problem was they miscalculated how strong the backlash against Obama would be. Last August the Teabaggers surfaced and changed the debate around health care. The Teabaggers, emboldened by their success in garnering national attention, expanded their efforts and increased their focus. Many would say they have not had the impact that the media has given them credit for, but the fact remains that they have impacted the political dialogue.

With every movement there is always a counter-movement. It remains to be seen whether the Brownbaggers can push the pendulum back in the other direction, but clearly the time for a response is long overdue.

Scott Galindez is a co-founder of Truthout, and the Political Director for Reader Supported News