Check out Judge Greg Mathis's take on the Troy Davis situation. I was surprised he spoke out as that's not something judges typically do. Do you agree with him? Is it time to end the death penalty in the Uinted States? 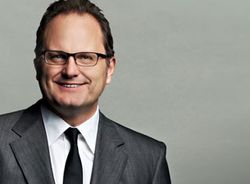 Two days ago I didn’t know who Marcos Witt was. Never heard the name or anything about him. First of all, I don’t know how the television came to be on that particular channel at that time, but there was this guy speaking in Spanish and I recognized the Lakewood Church rotating globe in the background.

The guy was good. I didn’t understand EVERY word he said but he was speaking slowly enough that I knew it wasn’t the Cuban Spanish I’m accustomed to hearing. I called one of my co-workers over because surely she knew who this guy was, he was too good for him to not be super famous, right? But she didn’t know him either. She translated the parts I didn’t understand and then his name popped up on the bottom of the television screen --- Marcos Witt.

Of course I Googled him and found out more about him. He is the pastor of the Spanish speaking congregation of Lakewood and that already numbers about 40,000. Witt is American but was raised in Mexico with his Christian missionary parents and siblings. He is also a Latin Grammy Award-winning entertainer and that is apparent in the delivery of his sermon. He knows how to connect with people even in a foreign language. He has the gift.

With the Spanish speaking population in the United States continuing to grow, Joel Osteen was smart in selecting Marcos Witt to lead Lakewood's Spanish-speaking congregation. I look forward to watching more of Witt in action. You may want to check him out also; even if you don’t speak Spanish, you’ll understand.

This was definitely not a smart move for Forever 21, a clothing store whose target audience is teen and young adult females. Check out this t-shirt that perpetuates the stereotype of women as dumb.

This "Allergic to Algebra" tee is not cute. It's snarky but the underlying message is so not cool. It's insulting. It's demeaning.

Wonder why women are still fighting for equality in pay and representation in leadership positions? Hello? This t-shirt would be a clue.

OK, enough of my rant today. By the way, algebra was one of my best subjects.


- Posted using BlogPress from my iPhone