We are better than this, America.

The shooting death of Trayvon Martin, shootings of blacks in Tulsa and other places and the continuing disrespect of President Barack Obama signal an America I do not wish to return to but it seems never really changed.

What kind of nation have we become to allow our President to be disrespected, especially by other elected officials? The latest act was committed by Senator Chuck Grassley (R-Iowa) who called the president 'stupid' on Twitter. 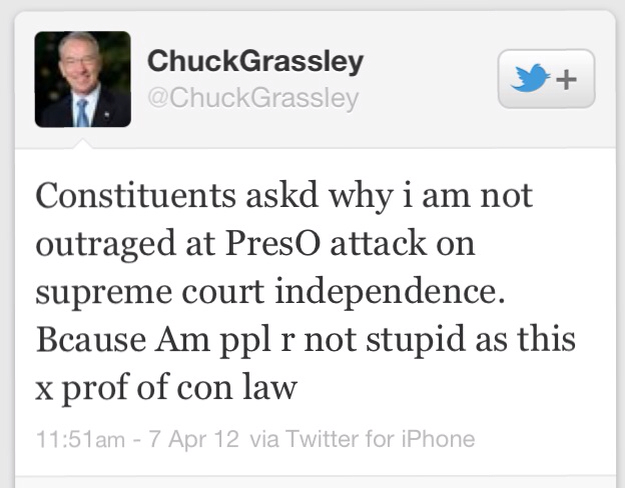 "Constituents asked why I am not outraged at President Obama's attack on Supreme Court independence. Because American people are not as stupid as this ex-professor of constitutional law."

Sure politicians are frequently the brunt of jokes by comedians and targets of political satire but I don't recall any President of the United States being openly disrespected by another elected official the way Sen. Grassley and others have disrespected President Obama. It's shameful. It's treasonous. It's embarrassing. We are better than this, America.