This is really horrible. Some people are heartless. Taunting a bus of unaccompanied minors from Central America is just difficult to fathom. There was a mistaken identification of the children as immigrant children. The children were actually campers at a local YMCA. So, I guess, if they were immigrant children from Central America, that makes the taunting acceptable? Really? How sad.

Everyone has a right to their opinion. Taunting children, immigrant or not, is unconscionable. The candidate in this video eventually tried to clean up his response but that didn’t work. God Bless America.

“We don’t use the tools and technology that we have today, to effect change the way we can, and to do it in short order.” - Ermina Hill 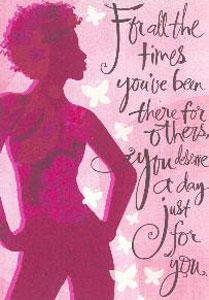 This Hallmark Father's Day card for single mothers has been around at least since 2011.

I don’t know if you are aware of the tremendous controversy surrounding the Father’s Day card sold through the Mahogany line of cards by Hallmark. Well, there was coverage by Roland Martin, the Huffington Post, Dr. Boyce Watkins and others. I confess that I read the headlines…agreed with spotlighting the dysfunction the card promoted but didn’t follow in detail.

Well, little did I know, my sorority sister and friend, Ermina Hill, out of the Atlanta area, took her dissatisfaction beyond just venting on social media and organized a protest. If more people took this kind of action, just think of how great our communities would be.

Please take the time to watch this interview and realize the power we have as individuals to mobilize others and effect needed change. Also note that Roland Martin's coverage of this issue goes back to June 2011 so the success of Ermina's leadership in this protest is all the more laudable.

Congratulations to Ermina Hill and everyone who participated in the action against Hallmark. Thank you to Dr. Watkins for the interview and the shout out to Alpha Kappa Alpha Sorority. Thank you to Hallmark for finally pulling that Father's Day card for single mothers from the Mahogany line.

Now, if we could get television networks to pull those ratchet reality shows...