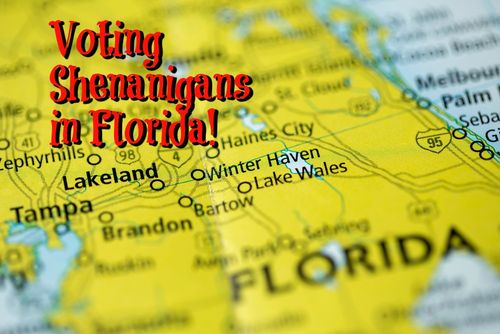 At least three Democratic voters were told there were only ballots available for the Republican race at Precinct 321 in Winter Haven, Florida. The voters, including Teresa Wibert, showed up to participate in Florida’s Presidential Preference Primary Election on March 15, 2016. Wibert was initially given a Republican ballot. When she questioned that, she was told there were only Republican ballots. Wibert persisted and knew her rights as a voter. A call was made to the Polk County Elections Department. The clerk at Precinct 321 was told the ballots for the Democratic race were located in a closet. Wibert, her husband, and the other Democrat voted using the correct ballot.

The Polk County elections supervisor, Lori Edwards, and other elections officials in Polk County are trying to minimize this serious incident but it should be reported to the Department of Justice. How many other voters were given the wrong ballot? How many other voters were turned away? Has this happened during previous elections at this precinct? Did this happen at other precincts in Florida?

This incident highlights why it is important to know your voting rights in this country and that you exercise those rights. When you hear citizens say voting is not important, or their vote doesn't matter, they need to understand that voting is so critical that some folks will try to stop you from doing it.

American Nightmare: The Trump Campaign for President of the United States 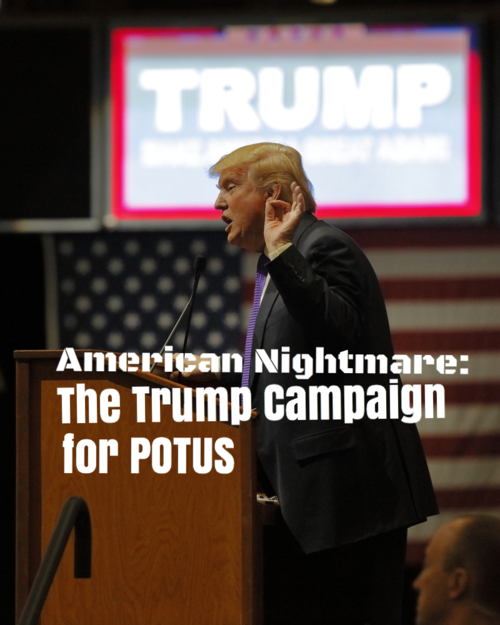 It’s apparent that Donald Trump will say, and likely, do anything in his quest to become president of the United States. He led the failed birther movement in questioning the citizenship of President Barack Obama, who is an American. He has referred to presidential candidate Bernie Sanders as a communist when Sanders is not. He said he’s going to make Mexico pay to build a wall along the southern border of the United States to keep illegal immigrants out. Mexico's president balked at the statement. Trump has encouraged his supporters to attack protesters at his campaign rallies and offered to pay the attackers' legal fees. I wouldn't be surprised if Trump's campaign isn't staging some of the protests at his rallies just to distract his supporters (and the media) so he won't have to expose his ignorance of domestic and international policy issues.

Trump's dog whistle politics deliberately lacks the typical subtlety GOP candidates, and their surrogates are known for. He has tapped into the anger and fear of "poorly-educated" white Americans. He used that term, and the number of his supporters seems to continue to increase. Go figure.

In spite of this madness, Donald Trump's Republican opponents have indicated they will support him if he is their party’s nominee. What does that say about them? There is an epic leadership fail in the Republican Party. They choose to destroy the United States of America. They choose politics over people even if the people are the "poorly educated" Republican voters or other men, women and children in the United States. Including you.

"Let us never forget that government is ourselves and not an alien power over us. The ultimate rulers of our democracy are not a President and senators and congressmen and government officials, but the voters of this country." - President Franklin D. Roosevelt