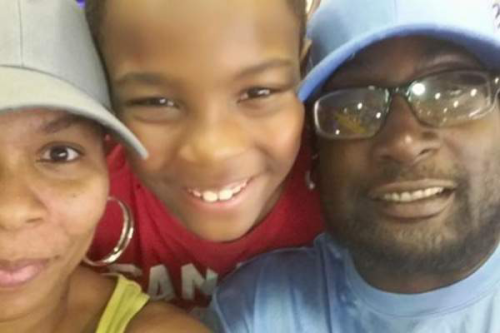 The Charlotte-Mecklenburg Police Department finally released video of the CMPD confrontation with Keith Lamont Scott. The gut-wrenching video of a portion of the incident filmed by Scott’s wife, Rakeyia, was released by the family two days ago. Rakeyia Scott warned police her husband had a TBI (traumatic brain injury).

In the police dash cam video, Keith Lamont Scott can be seen exiting his vehicle and walking backwards following police commands. A few seconds later, as Scott is walking backwards, he is shot multiple times. Why? He was not threatening anyone. He was not reaching for anything. Keith Lamont Scott was compliant. That was cold-blooded murder by Charlotte-Mecklenburg police.

The officer(s) who fired shots at Scott need to be fired and arrested. Whoever fires them needs to fire the Police Chief Kerr Putney also. There needs to be an investigation of how a weapon Scott was supposed to have, was introduced into this situation. It’s now crystal clear why Chief Putney didn’t want to release that damning video earlier.

May peaceful protests continue in Charlotte-Mecklenburg and grow throughout the United States until the family of Keith Lamont Sott gets justice for his death.