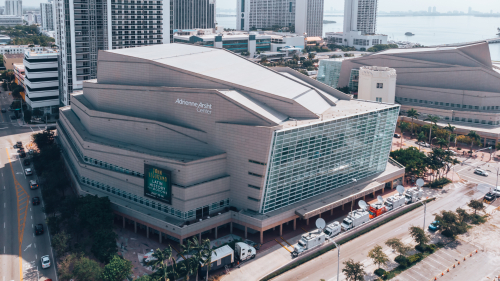 Tonight and tomorrow night, Miami, Florida will become the center of the American political universe. The Democratic Party will host two-nights of debates with 20 of 24 of their declared candidates. The debates will take place at the Adrienne Arsht Center, in what some folks consider downtown Miami but it’s actually a few blocks north of the heart of downtown.

One thing you can be sure of is that traffic within ten blocks of the Arsht Center will likely be a nightmare. The media trucks started lining up a couple of days ago. If you are in the area, pack your patience. Consider public transportation and ride-sharing like Uber and Lyft.

Those who really want to watch the debates rather than socialize will likely pass on the watch parties and plant themselves in front of a television at home or watch on a mobile device in a relatively quiet location. Will the debates be interesting or snoozers? Only time will tell. Former Vice President Joe Biden is touted as the clear front runner of the Democratic presidential contenders so he will likely be the target of the other candidates. How hard they will hit is another question. Biden’s recent comments regarding segregationists caused a bit of verbal skirmish between he and Sen. Cory Booker but that seems to have been squashed. Most of the candidates need a breakout moment in such a crowded field. They need a good showing so they can raise more campaign funds. There’s still a long time until November 2020.

Tune in to NBC, MSNBC or Telemundo at 9 PM ET, tonight and tomorrow night to watch the debates live.

Note that the panel of moderators is more diverse than usual, but blatantly lacks representation from the Party’s most loyal group of voters — Black females. That’s a problem that I won’t be quiet about. The moderators are Lester Holt, Savannah Guthrie, Rachel Maddow, Jose Diaz-Balart and Chuck Todd.

If you are a political wonk, I know you will watch both nights. Let me know what you think.