more significant than others. We are still basking in the glow of the election of Barack Obama as POTUS but quietly, the people of Louisiana, District 2 made a significant statement in electing little-known, Vietnamese, Republican attorney Anh “Joseph” Cao their Congressman.

He will replace incumbent and beleaguered long time representative William Jefferson. For some reason Jefferson thought his constituents would vote along Party and ethnic lines and send him back to DC for another term.

Well, that didn’t happen. The people wanted CHANGE and they got it. Voters are sick and tired of politicians like Jefferson. Voters refused to overlook the indictment of Jefferson and others close to him. I pray that this is the continuation of the revolution of the American voter and notice to pols that their usual foolishness will be tolerated no more.

Poll: Who Will Be the Next Leader of the Republican Party?

The Republican Party is obviously in rebuild mode after the shellacking they took in the last General Election. The move to claim the title of leader of the Party seems to have begun with moves by Sarah Palin, Mike Huckabee and Mitt Romney.

Even if the Party is not addressing the issue, the campaign for 2010 2012 has already begun. Who do you think will be the next leader of the Republican Party? Take the poll below. If your choice is not listed, be sure to let me know in the comments section.

The General Election That Will Not End, Part 2: Georgia

The Georgia Senate run-off election between Republican incumbent Saxby Chambliss and Jim Martin is in full effect during the last few days of this campaign. Neither gentleman garnered enough votes during the General Election so here we are in the midst of a run-off.

Republican superstar and Alaska Governor Sarah Palin continues her obvious campaign for 2012 by campaigning for Chambliss on the eve of the run-off. I guess that Thanksgiving turkey slaughter wasn't a big deal for the Georgia Republicans after all.

All eyes will be on this race as the Republicans are trying to keep the Democrats from attaining total domination in both houses. Palin is scheduled for campaign stops on Monday, December 1 and voting is the next day, December 2.

Oh yeah, the Republicans are using the socialism schitck to convince voters to support Chambliss instead of Martin. Prayerfully Democrats will show up at the polls and vote for Martin.

Just How Desperate is the GOP? 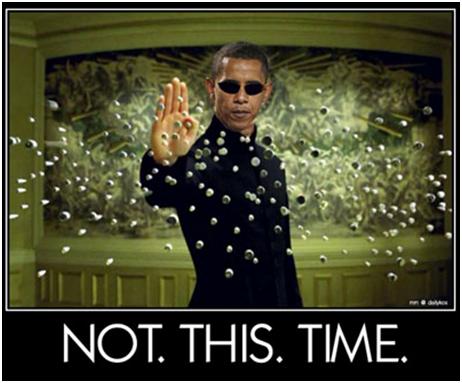 In an incredible poor sense of timing, poor taste, and just plain ole foolishness, the California GOP has sunk to a new low by filing a complaint with the FEC over Barack Obama's use of his campaign airplane to visit his ailing grandmother in Hawaii.

Give me a break. Is this the best these folks could come up with? The man was trying to see his grandmother before she passed and these numb nuts wanted him to catch a regular airplane. You've got to be kidding. I'm glad he used the most expeditious means of getting to her and was able to see her before she passed.

You may have noticed I've resisted the urge to refer to the GOP as Rethuglicans lately but they definitely deserve it after a shameful move like this.

You know McCain and the GOP are trying to hold on to as many seats as possible throughout the United States but they do that at the risk of tarnishing their personal brand and Party brand for many years to come. It's lame moves like this and selecting Sarah Palin for VP that may appeal to the conservative base but alienates the Rethuglicans from moderate conservatives, independents and conservative democrats.

It's bad enough that these folks seem to have no problems in attracting a mainly non-diverse ethnic group of supporters. This stunt is the lowest of the low. It's time for a change.

This is very sad but true. A woman from Gross Pointe Farms, MI who is a John McCain supporter, denied treats to children who support Barack Obama.

My God, is this the kind of foolishness we'll have to deal with on November 5th? Regardless of who wins, this country has to keep moving. All signs point to an Obama-Biden victory but that's not what this post is about. How can an adult deny children candy because of politics? Everyone is entitled to their opinion but that's just sick. 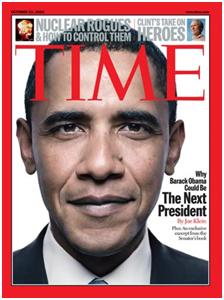 It's almost midnight and I'm watching Senator Barack Obama and President Bill Clinton in Kissimmee, Florida at a rally of I don't know how many people but there are a lot of them. As usual, it's a rainbow coalition and the energy transcends the television screen.

There is no way, unless there is finagling, that McCain-Palin can win this election. Not unless there is foolishness involved, does logic not tell me that Americans overwhelmingly support Obama-Biden. Voters are out in record numbers here in Florida. Polling hours have been extended, young people are voting in numbers never expected, registered Democrats outnumber Republicans and the Obama-Biden Team is campaigning as if they are 20 points behind. They are calling and canvassing neighborhoods to get people to the polls to cast their ballots. Did I mention the team of lawyers who are manning the polls to address any problems that voters may have? This is serious, y'all.

Obama started this evening with that highly anticipated infomercial that was unbelievable. There is no way that anyone with a heart could not have been touched by that presentation of the Obama platform through vignettes on Americans coping with our troubling economy, health care needs, broken promises of funding retirement and improvements needed in education.

I'm not saying that John McCain should throw in the towel but I do sense the continued implosion of his campaign as the November 4th voting date approaches. As McCain continues to try the failed kitchen sink strategy deployed by the Hillary Rodham Clinton campaign during the primary phase, he appears more desperate and less presidential.

We are less than 6 days away from making history. We are not measuring drapes for the White House but we are confident that Americans will do the right thing and vote for change that we all need in America. 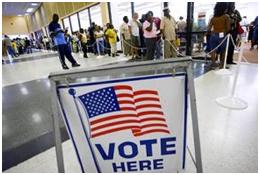 We are on Day 3 of early voting in Florida. One would think it is November 4 based on the number of people lined up to vote throughout   South Florida. New machines have been added to some polling places and voters have waited for hours --- 2, 3, 4 up to 6 hours to cast their ballot. At one site, voters started lining up at 4 in the morning for a voting that opens at 7. This is serious business; it is expected that this will be the highest voter turnout ever.

With Democrats outnumbering Republicans by more than 650,000 registered voters this year, it is very likely that Obama-Biden will carry Florida this year. 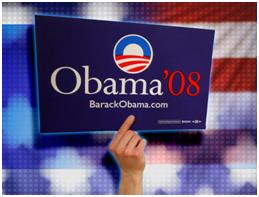 I find it difficult to even write Barack Obama's obscene fundraising numbers for September. $150 M? Are you kidding? How in the world can his team raise that much money, let alone in one month?

And to hear McCain and his operatives twist Obama's spending on campaign ads is laughable at best. Yeah, diss B.O. if ya want, he would have been insane for accepting traditional public campaign financing. As a matter of fact, his contributions represent public financing at its best. Donations in varying amounts from millions of supporters is astounding.

Early voting has started in my state and the negative campaign ads have increased. This race will get intense over the next two weeks and prayerfully all of the votes cast will be counted.

Please get out and vote. Know the platform of the candidates you support and vote intelligently.

Biden Says McCain is Not the One