Is Sarah Palin Serious? Blaming the media is not a good idea.

This Sarah Palin interview is nowhere nearly as bad as the Katie Couric interview or that horrible slaughter of that turkey but did it help Palin politically? Sometimes it’s best to let sleeping dogs lie.

Surely, she wants to maintain a media presence but like this? I don’t think so. She blames others for her campaign failure rather than accept her contribution to that election result.

I never heard of Uncle Jay until a friend shared this video. Uncle Jay has a series of videos similar to this one.

Sarah…Sarah…Sarah. Pull up already, please. It is so difficult to put words on this page when describing the latest fiasco of obvious 2012 presidential wannabe Sarah Palin. She has been in major media overload since the McCain-Palin ticket lost the general election and someone needs to tell her to chill out...pull up...enough alaready.

This latest fiasco is video of her giving an interview while a turkey is slaughtered in the background. Keep in mind that the purpose of the interview was to highlight her pardoning a turkey. WARNING: Video may not be suitable for children or the squeamish.

Was that a Twilight Zone moment or what? Perhaps such cruelty doesn't cause one blink of an eye in Alaska, but it doesn't play well in Peoria...or anywhere else. To most folks, it is disgusting…horrific…gross…you get my drift.

I've witnessed the killing of chickens and hogs and that totally messed up my mind for a few weeks. I know we have to eat but there are some things better left unseen.

Meanwhile, back to Sarah Palin. What in the world was she thinking? This is the person who could have been this country's second-in-command. Those general election creepy feelings I had are actually coming back. Eeew…

Those totally grossed out may want to go here: http://www.goveg.com/

OK, y'all know that this is one funny video. It's so amazing how the candidates heads are placed on the bodies of the dancers.

I do have one question, why no love for Joe Biden? He should have been in the video too! 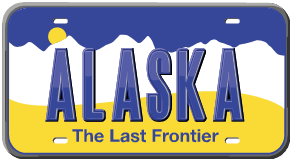 The Anchorage Daily News has endorsed Barack Obama for POTUS. In the opinion of their editorial board, McCain is not the right person to serve as president at this time and neither is their own governor, Sarah Palin.

Alaskans may or may not agree with the editorial board. There are several newspapers that have endorsed Obama. Currently Obama leads in newspaper endorsements 145-55. McCain must be feeling a bit like Hillary Clinton did during the Primary. Obama has consistently outsmarted and out-performed his opponents in spite of their length of time in politics.

As the Political World Turns 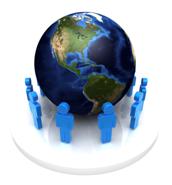 I've been volunteering at one of the local Obama-Biden campaign offices so my blogging time has been even more limited. The foolishness and other news that has occurred lately have been fast-paced. Just as I was going to post the Colin Powell interview with "Meet the Press" when he nicely sliced and diced John McCain, then this chick Ashley Todd acts the fool and tries to pull a major punking of American voters by blaming a black man for attacking her. There have been reports of vandalism in neighborhoods regarding yard signs supporting either Obama or McCain. Foolishness.

Let's not forget the cost of outfitting Six Pack Sarah and her crew. Let's see, $150,000 and not a damn thing from Wal-mart? Wonder what Joe the Plumber has to say about that.

The Barack Obama campaign has raised over $700 million and McCain and his operatives criticize him for not participating in the public campaign finance program. Uh huh.

Speaking of Sarah Palin, she seems to be distancing herself from McCain just as he tries to do President Bush. She is openly disagreeing with McCain's position on issues. I do believe that she's campaigning for her next position --- Palin for President in 2012. She is the one drawing the Republican crowds. Hey, that's what happens when you choose a maverick as your running mate. Ha! 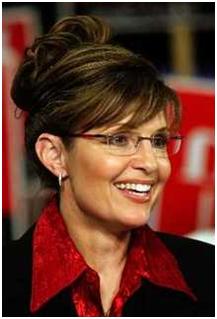 Sarah Palin is getting her butt kicked in the media lately. I didn't write 'by' the media, 'in' the media.

It seems that she's been checked on state travel expenses paid for her children, the amount of money spent on her wardrobe and her incorrect answer regarding the responsibility of the VP. Let me not forget the apology she was forced to make for insinuating who is or is not a "real American".

With less than two weeks until Election Day, and early voting already taking place in many parts of the country, now is definitely not the time for the Republicans to deal with these distractions.    The Republican leadership must be cringing.

I don't know which of these issues is worse but I do know that she is more of a reason to vote for Obama-Biden. Palin is so dangerous. Can you imagine her overstepping her constitutional limitations as VP? Can you imagine the American public allowing her to do so?

Some of the American public may like her and come out to see her at rallies. They may even have laughed at the Sarah Palin rap on Saturday Night Live. However, all the laughs will not erase the fact that she is not ready for prime time. The more she speaks, the more I wonder how in the world the people of Alaska elected her governor. 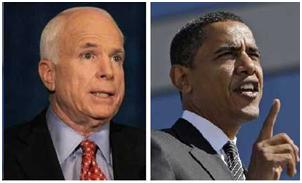 Last night's debate was far more interesting than the previous three in the series. Senator McCain had an effective start and seemed to be very different than his last debate with Senator Obama.

Unfortunately, McCain got off focus and off message. He allowed his emotions, particularly frustration, to get the best of him. McCain lost control. Game over.

I'm not insinuating that he was out of control, but he definitely lost focus and allowed Obama's calm demeanor to frustrate him more.

McCain interrupted Obama several times and rebutted with the finesse of a rookie. His facial expressions and sighs of exasperation confirmed his reputation as a hot head. McCain committed many of the same mistakes Hillary Clinton did during the Primary. Folks with so much experience in politics know that losing your cool is losing your game.

For most of the debate, I wondered what the moderator thought his purpose was. McCain was on the attack and had the last word on each question for much of the debate. Each time he did that he came across as desperate rather than aggressive. Not a good look.

McCain continued to lie about his economic platform and that of Barack Obama. He spent far too much time bashing Obama rather than convincing voters in a substantive manner, why he should be elected POTUS. McCain also lied when feigning indignation about the John Lewis about Obama's refusal to repudiate Lewis.

Actually, Obama did comment on the issue but probably not to McCain's liking. McCain also forgot that he did not repudiate his running mate for her rabble-rousing, fear-mongering tactics. Neither did he repudiate Lee County (FL) Sheriff Mike Scott either. When he did try to admonish some supporters at a town hall meeting, he was weak in his conviction and delivery.

When all was said and done after the debate, Obama's poll numbers were even more favorable than ever. The race seems to be a slam dunk for Obama but don't count McCain out. Ever.