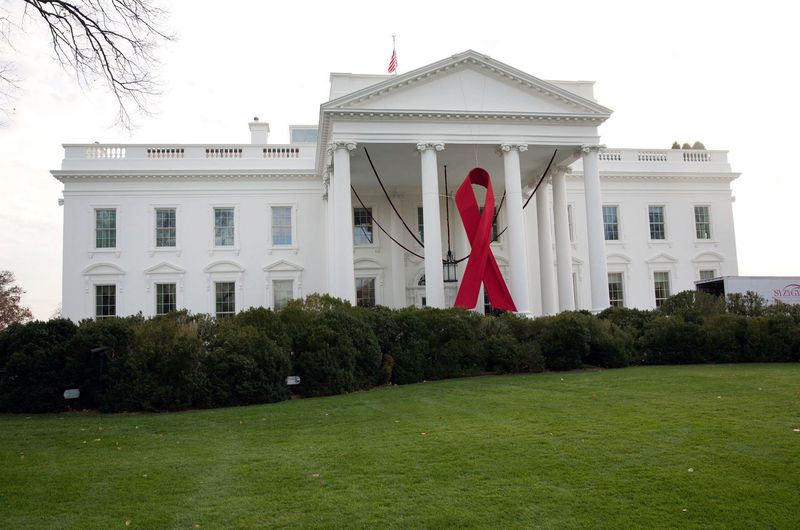 Today is the first day of December. It is the birthday of some famous people such as comedian-actor-writer Richard Pryor; singer-actor Bette Midler; actor-writer-director Woody Allen and Lenny Kravitz and Lisa Bonet's daughter, Zoe Kravitz. It is also World AIDS Day, the day citizens around the world unite to advocate for an end to HIV/AIDS. Since the groundbreaking announcement 27 years ago that actor Rock Hudson had become infected with AIDS and the shocking announcement just six years later, in November 1991, that Magic Johnson had also become infected, there is far too little coverage of this devastating disease.

Many people such as Johnson, live with HIV/AIDS and continue to live productive lives. They follow the advice of their physicians and other health professionals which includes taking the appropriate medication and following a healthy lifestyle. Inspite of tremendous advances, far too many people in the United States and around the world are still dying from HIV/AIDS. Let's do what we can to help stop HIV/AIDS starting with education about the disease.

Do you know your HIV/AIDS status? If not get tested. Do not engage in unsafe sexual activity. Use a condom. Please. Know that You are worth more than AIDS.

For more information on HIV/AIDS and what you can do to help put an end to it, visit the World AIDS Day website. Thank you. 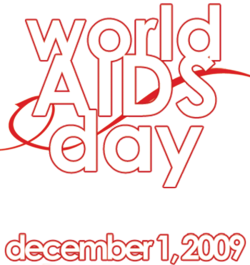 Today is December1, World AIDS Day. It's estimated that 33 million people are living with AIDS. Some have not been tested and don't know know they are infected while others, especially in developing countries, don't have access to life-saving treatment.

Far too many people around the world are still dying from HIV/AIDS. HIV/AIDS can be treated and prevented. Know your HIV/AIDS status. Get tested.

HIV is a virus that damages human immune cells. It weakens the immune system and, without treatment, leads most infected people to develop AIDS. 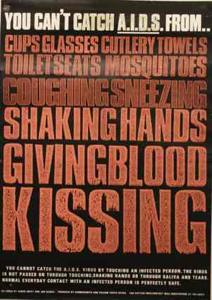 Like all viruses, HIV infects the cells of a living organism in order to make new copies of itself. HIV can only be transmitted in certain ways and the purpose of this page is to explain how you can and can’t become infected.

HIV is found in blood and other body fluids such as semen and vaginal fluids. It cannot live for long outside the body, so to be infected with HIV you need to allow some body fluid from an infected person to get inside your body. The virus can enter the body via contact with the bloodstream or by passing through delicate mucous membranes, such as inside the vagina, rectum or urethra.

The most common ways that people become infected with HIV are:

Treatment costs around 40 cents a day.

The results are nothing short of miraculous.

Someone on death's door can be brought back to life. In as little as 90 days.

This transformation is called the Lazarus Effect.

A new documentary called The Lazarus Effect, will be coming this Spring to HBO. Click here to find out more.

Started on 1st December 1988, World AIDS Day is about raising money, increasing awareness, fighting prejudice and improving education. The World AIDS Day theme for 2009 is 'Universal Access and Human Rights'. World AIDS Day is important in reminding people that HIV has not gone away, and that there are many things still to be done.

The vast majority of people with HIV and AIDS live in lower- and middle-income countries. But HIV today is a threat to men, women and children on all continents around the world. 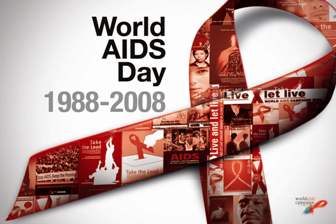 Today is December 1, 2008, the 20th anniversary of World AIDS Day (WAD). This is the day selected to bring attention to HIV/AIDS worldwide.

Many events will be held today around the world. Statistics will be shared and names and faces of those infected or fighting for those impacted directly by HIV/AIDS will be spotlighted today.

Then there are the people who become infected by contaminated blood through transfusions and infected mothers who infect their babies through breastfeeding. They are truly innocent victims.

It’s estimated that 33 million people around the world are living with AIDS. That means that AIDS is not an automatic death sentence anymore. Survival rates have improved tremendously over the last twenty years but the rate of infection is on the rise in many countries around the world.

With the proper medical care and attention, those infected live productive lives. Those infected still live with the stigma and sometimes discrimination once their status is made public. That emotional assault upon their psyche can be more devastating than the physical effects of the infection itself.

In my humble opinion, there is not enough discussion about HIV/AIDS. The more educated we are about HIV/AIDS, the more we can help stop it from spreading. So, as we commemorate 20 years of WAD, let’s pledge to be more vigilant about helping in the fight against HIV/AIDS during the other days of the year.